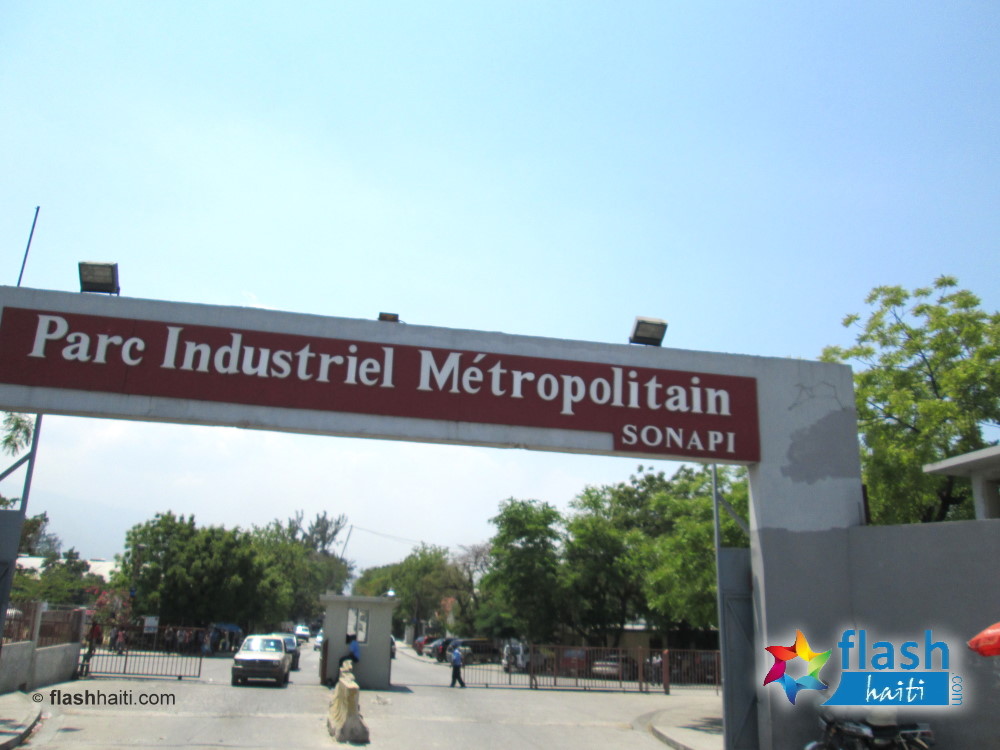 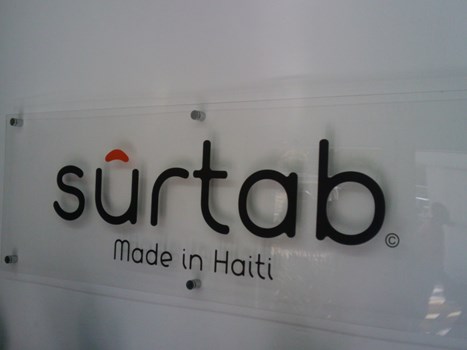 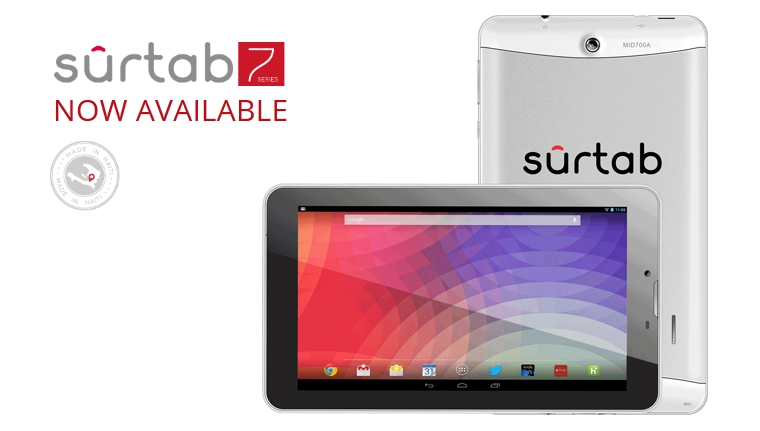 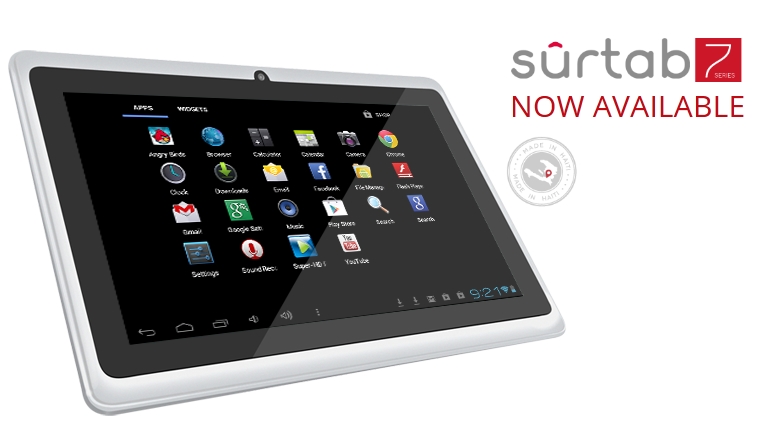 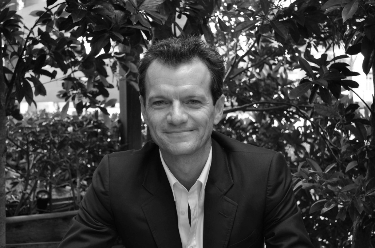 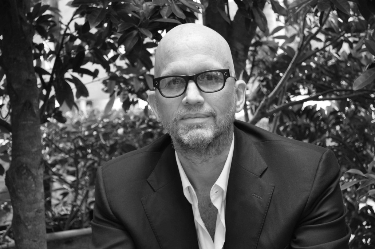 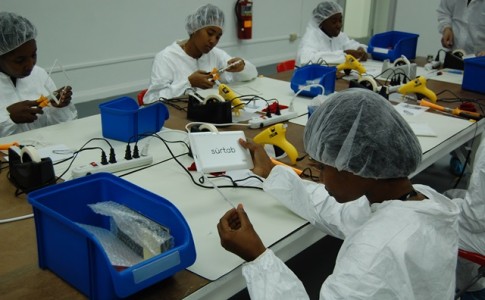 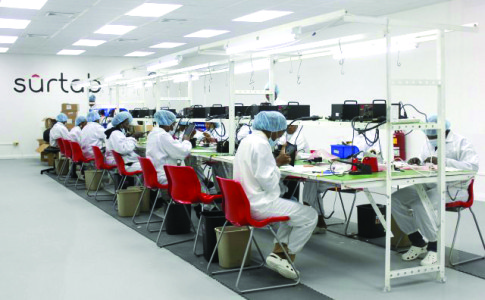 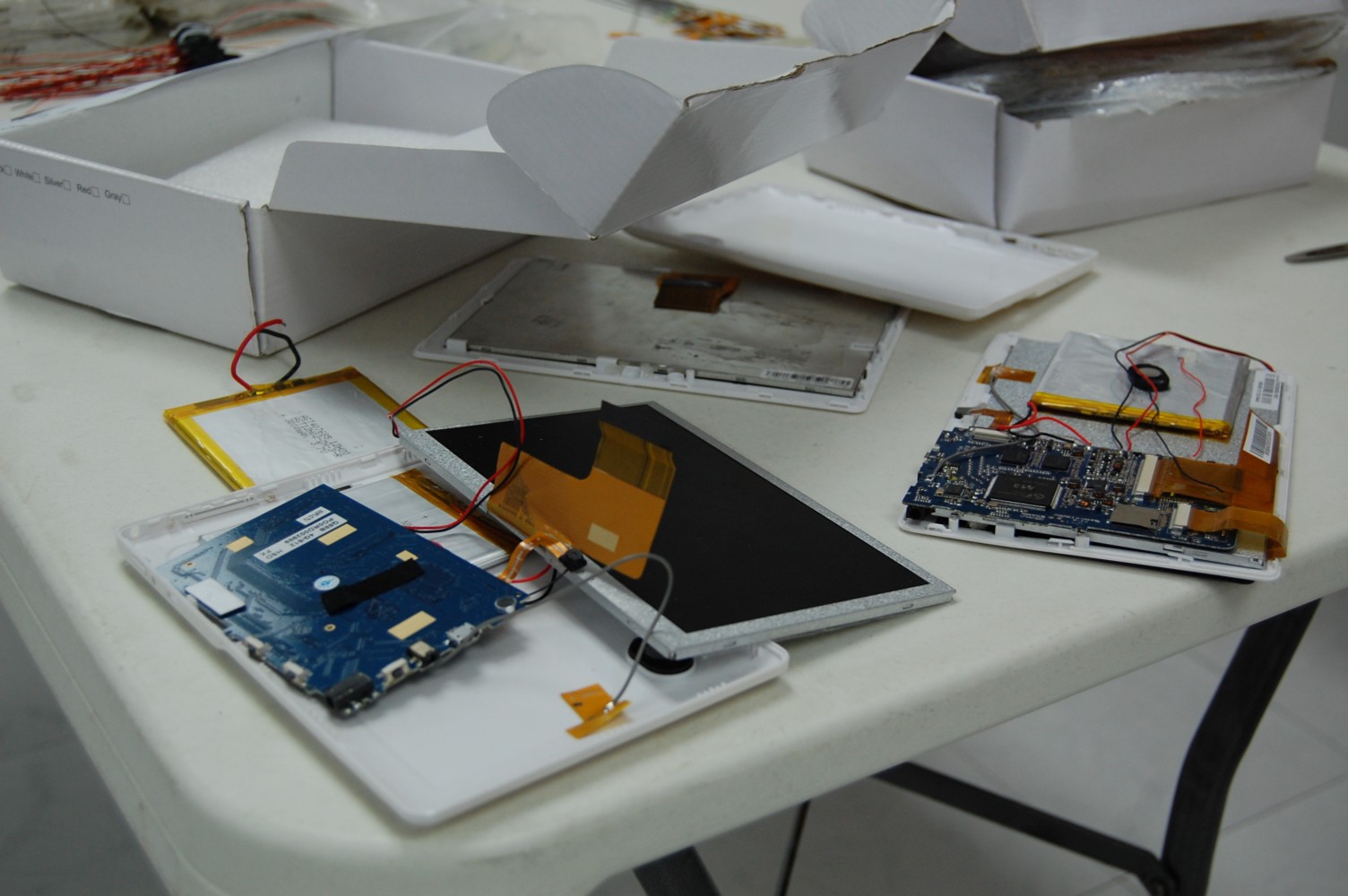 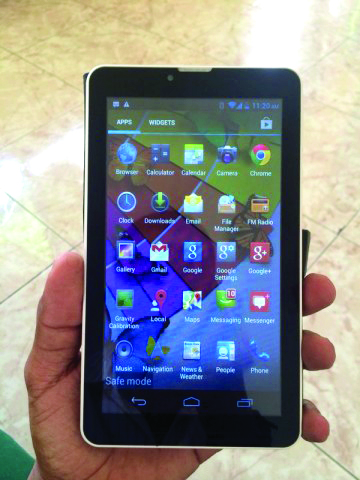 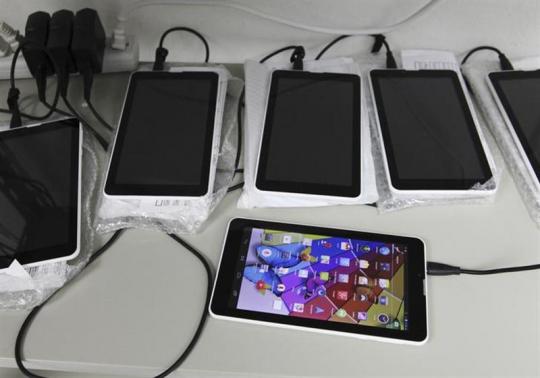 sûrtab is a Tablet PC brand that was founded and established in Haiti in 2013. Our factory based in Port-au-Prince manufactures affordable and durable tablet PCs. Since registration of our company in March 2013 we have expanded from 4 ambitious entrepreneurs to more than 50 Haitian employees and the company will continue to grow as we increase our capacity. Since December 2013, we are in mass production, and as of right now, our staff assembles over 5,000 tablets per month, this capacity willl increase to 10,000 tablets per month as of March 1st, 2014.

Our tablets are currently available in Digicel shops in Haiti and are sold wholesale in Haiti, the Caribbean and Africa. We are planning to start selling wholesale and retail in the USA, Canada and Europe before June 2014 and also plan make them available for purchase online.


WHAT IS OUR MISSION?

sûrtab is focused on creating much needed, well paid jobs and increasing overall prosperity in low-income areas of the world by bridging the existing digital gap. We are on track to become the leading manufacturer of Tablet PCs outside China by providing affordable devices to governments, businesses, students and individuals who need reliable affordable electronic devices to progress in their fields of work and to pursue their interest. Thanks to our affordable prices and 2G and 3G connectivity, our tablets can be used worldwide!

Our priority is to be a socially responsible business within the community where we operate. To ensure this, sûrtab operates with the highest integrity and ethical standards and holds health and safety in the utmost regard. Above all, we pay our staff well, re-invest our earnings into expansion, do not pay dividends and are intent upon furthering loyalty and equal opportunity (90% of our staff are women) within our company so as to create an inspiring work place. By fostering such an environment, we seek to give a voice to team members who speak their mind and offer solutions to problems that they witness on a day-to-day basis. Correspondingly, management and staff champion the company’s reputation, assets, and integrity.

Positive change isn’t just a result, it is a process.We hope you’ll support ours and help change the Haiti and the way electronics are assembled for the better.

sûrtab, noun: A contraction word of the french adjective sûr and the English noun tablet. In French, sûr is used to designate things which are emphatic, certain, and true; things which cannot be doubted; things that must infallibly happen; things which are reliable. Our company was founded with the objective of empowering people in need by providing them with a reliable, long-lasting tablet. Thus we chose a name which we felt adequately reflected our company’s aims and ideals whilst providing us with a continual reminder that our duty — just like that of our products — is to be trustworthy and steadfast in order to change the face of technology forever.

A Haitian-based company that makes tablets that rival the iPad mini are finding success four years after the quake in Haiti.

END_OF_DOCUMENT_TOKEN_TO_BE_REPLACED We can do great things and this new this first touch-screen tablet manufactured in Haiti is the proof of that.

The very first Android operating system-based tablet, called Surtab will be on record to be a first. This demonstrates great potential as technology is the wave of the future. Surtab is definitely a source for pride and hope for many. It allows you to connect to the interned and relatively not expensive

Belgian entrepreneur Maarten Boute is the owner of the new Surtab company in Haiti. The company is commitment to provide the technology with big-value and make it also available to all

END_OF_DOCUMENT_TOKEN_TO_BE_REPLACED It is a simple and ambitious project. Assemble all of the tablets parts (Ipad mini style) in Haiti in the heart of the National Society of Industrial Parks (Sonapi in French) located on Rue de l’aéroport. With an investment of 600,000 USD, Ulla and JP Bak, Marteen Boute, and the Coles group chose to meet the challenge in a country where few assembly projects were coming in for the final product and it works. Surtab is for sale and for use throughout Haiti. It is more than just a tablet it is a phone, a radio, and a gateway to multiple potentials of the internet.
END_OF_DOCUMENT_TOKEN_TO_BE_REPLACED

One Tablet Per Haitian

Marise Fils-Aimé sits at a work table in a brightly-lit, air-conditioned room with hardly a speck of dust to be found. She’s wearing white-coveralls over her clothes, a hairnet, and light-blue booties that cover her Crocs. In front of her lay a pair of wire clippers, a roll of tape, a small electric soldering iron, a glue gun, and a blue tub that contains the plastic parts and electronic components required to assemble a 7-inch touchscreen tablet, which no company has produced in Haiti before.

“I’ve never used a tablet,” Fils-Aimé says. “I think all Haitians would like to have one.”
END_OF_DOCUMENT_TOKEN_TO_BE_REPLACED