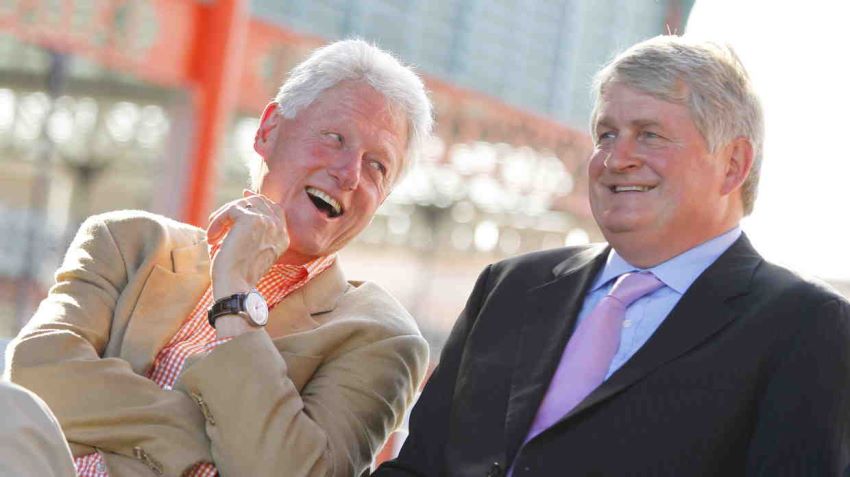 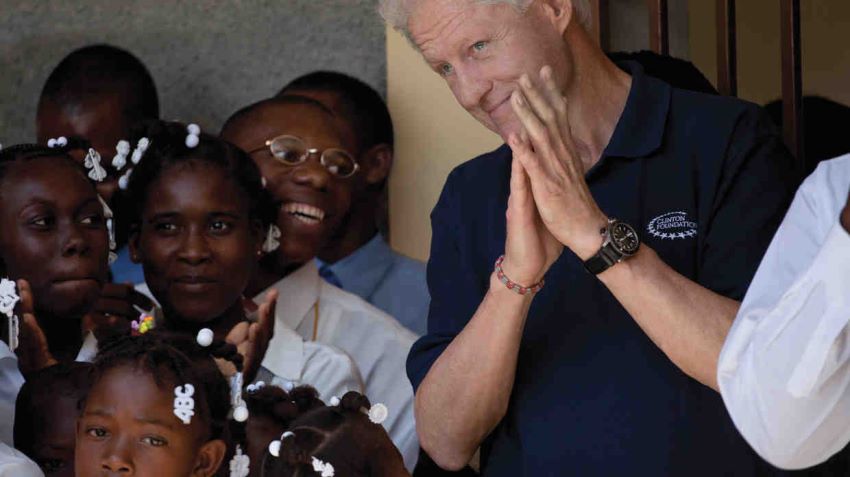 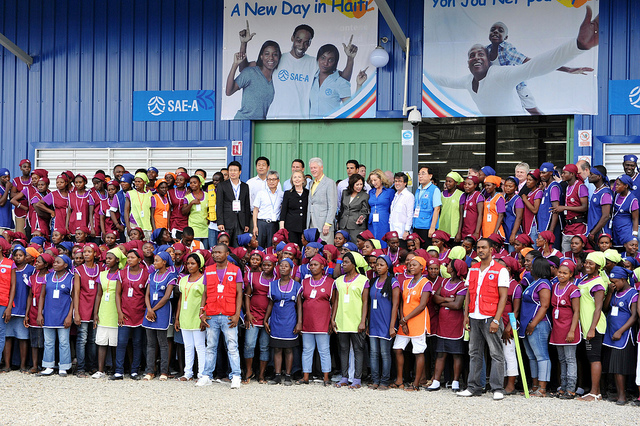 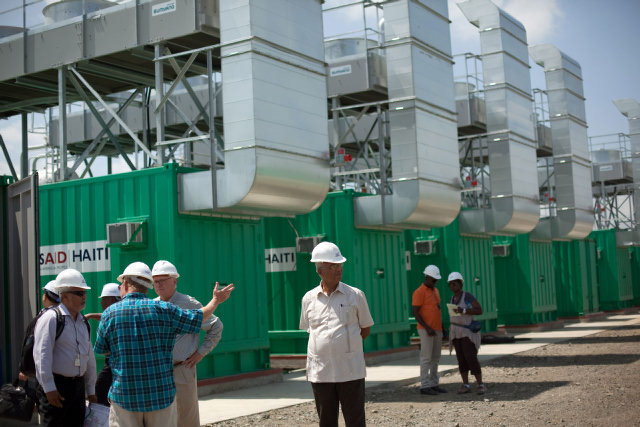 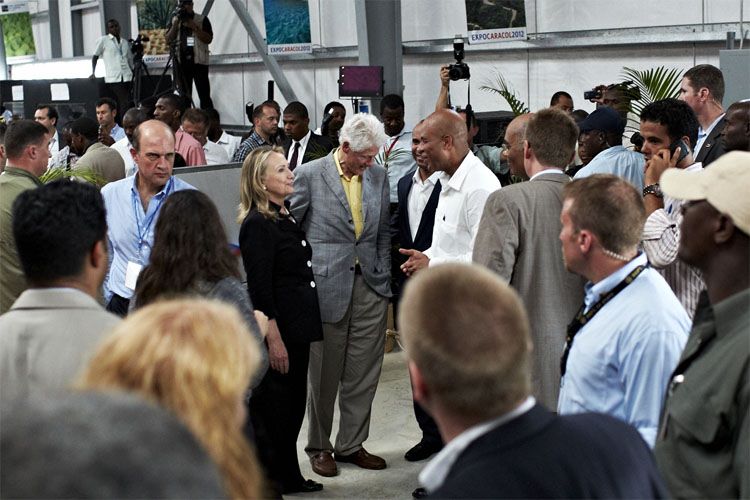 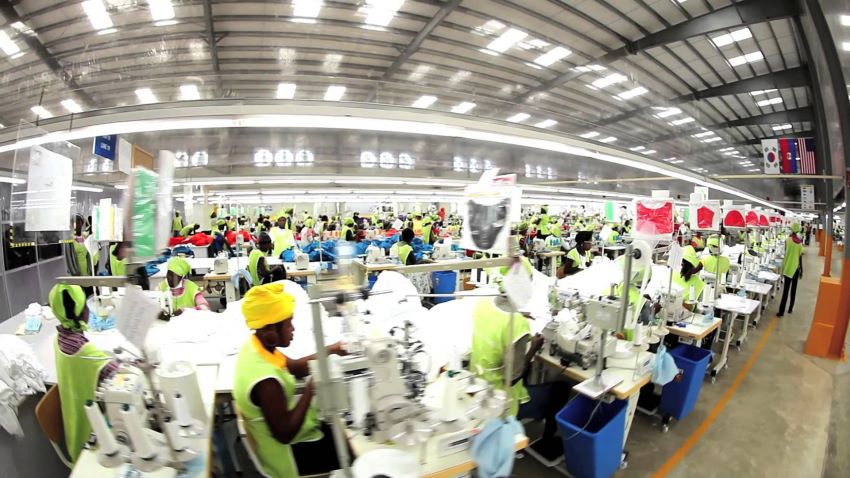 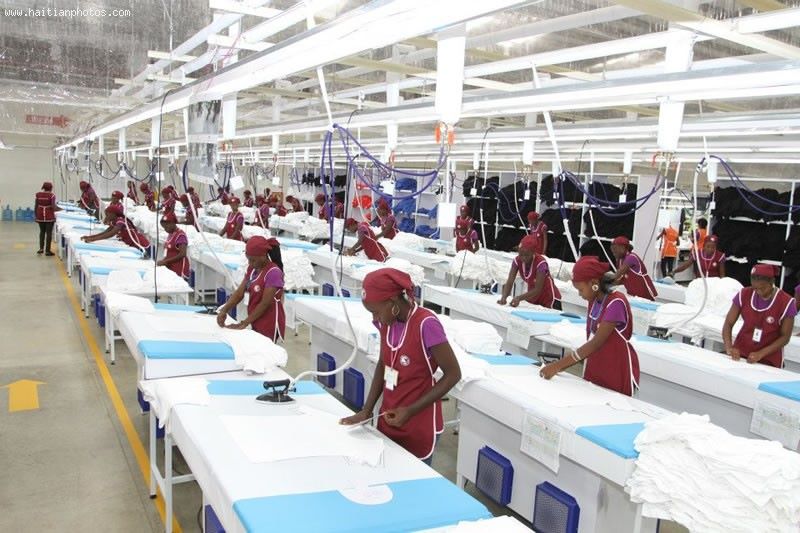 In 2012 the Caracol Industrial Park was built on a square mile, 600 acre, 246 hectare site near Carocol. The $300 million project, which includes a 10-megawatt power plant, road, a water-treatment plant, worker housing in neighboring communities, and development of a port in nearby Fort-LibertÃƒÂ©, was built with hurricane relief funds, a loan from the Inter-American Development Bank,contributions by the United States government, and The Clinton Foundation. Bill Clinton and Hillary Clinton, United States Secretary of State, played central roles in supporting and promoting the project. The anchor tenant is S & H Global, S.A, a subsidiary of Sae-A Trading Co. Ltd, Sae-A, a global clothing manufacturer headquartered in South Korea. It began operations in the fall of 2012; a work force of 20,000 is projected. The eventual workforce is projected to approach 65,000 and result in a tenfold expansion of population in the area to about 300,000 from its present 30,000. Social and environmental disruption is anticipated as the result of this hastily planned project.

The Caracol Industrial Park has officially launched on October 22nd.

President Martelly led the inauguration event in the presence of Prime Minister Laurent Lamothe, Minister of Commerce Wilson Laleau, US Secretary of State Hillary Clinton, former US President Bill Clinton, and the IDB President Luis Alberto Moreno among other officials and guests.

A 300 million dollar investment, the Caracol industrial park is a joint project between HaitiÃ¢â‚¬â„¢s government, the Inter-American Development Bank and the US government. It is the biggest industrial park in the region, and Haiti's hope for job creation and economic growth in the North of the country. The industrial park occupies 246 hectares of land and is expected to create about 65,000 jobs.

The construction of Caracol started before the earthquake, but after the natural disaster, it became a priority for Haiti's government and its foreign partners.

The Caracol Park, owned by the Haitian Government's "SociÃƒÂ©tÃƒÂ© Nationale des Parcs Industriels (SONAPI)" and run by a private management firm, has its first two tenants. Caracol's first tenant was South Korean apparel giant Sae-A Trading Co. Ltd, which begun production in May. It has agreed to create 20,000 jobs within six years. According to the Associated Press, Sae-A will pay employees Haiti's minimum wage, which is $5 a day.

Even though it was launched today, the North Industrial Park project will be fully completed within 5 years.


In collaboration with the Government of Haiti, the Inter-American Development Bank, and the U.S. State Department, the Clinton Foundation assisted with the development of the Caracol Industrial Park, which could ultimately create up 60,000 jobs and help to decentralize the Haitian economy. In October 2012, President Bill Clinton joined Secretary of State Hillary Rodham Clinton, President Martelly, Prime Minister Lamothe, and President Moreno of the Inter-American Development Bank (IDB) for the opening of Caracol Northern Industrial Park. Today, the Korean apparel manufacturer Sae-A is the anchor tenant and will create 20,000 jobs alone.