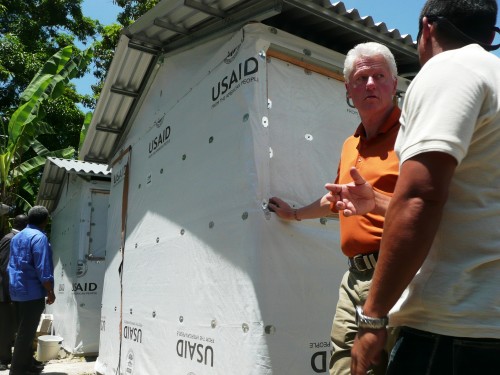 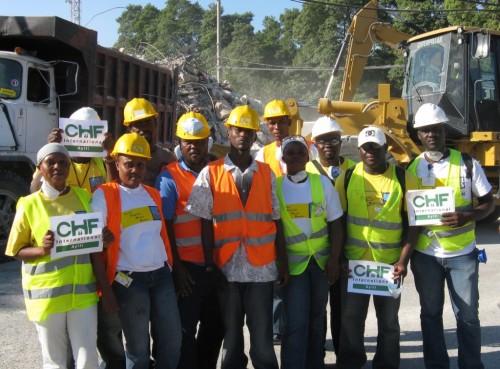 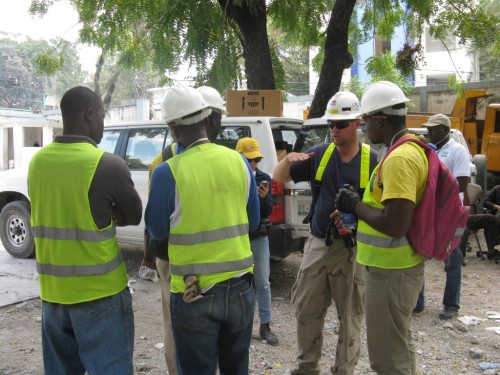 On January 12th 2010, a devastating 7.0 magnitude earthquake struck Haiti resulting in the loss of more than 230,000 lives and massive destruction. With its five regional offices and staff of 180, CHF was able to begin responding immediately.

With funding from USAID, CHF launched a major recovery program. that focuses on large-scale rubble removal and recycling, cash-for-work and the construction of transitional shelters in affected communities.

Since the earthquake, CHF International has been working with Haitian communities to recover and rebuild. As part of an integrated approach, we are implementing the groundbreaking USAID-funded KATYE urban reconstruction program in the neighborhood of Ravine Pintade, in Port-au-Prince. Our integrated approach will provide rubble removal and shelter building services, while working with the community to plan for green spaces, plots for schools, and proper access roads to cover the basics of sustainable urban improvement. Through KATYE, CHF is implementing long-term reconstruction at the transitional phase of recovery, driven by the community itself.

Returning people to their own communities reduces violence, crime and disorder; facilitates access to employment and maintains community cohesion. By targeting every aspect of urban development, the KATYE program will serve as a blueprint for future disaster recovery initiatives around the world.

Since 2006, CHF has been implementing the USAID-funded KATA program to promote stability by creating jobs and rehabilitating much-needed infrastructure in Haiti. KATA, which stands for the Creole “Konbit Ak Tet Ansanm,” the principle of working together to accomplish a common goal, is designed to create long and short term employment for the people of Haiti, a country with an unemployment rate estimated at around 60%.

CHF is also working with the private sector in Haiti to train workers in key skilled sectors, such as garment work and construction, to help promote long-term sustainable employment In Haiti, CHF International is undertaking the KATA program. KATA, which stands for the Creole “Konbit Ak Tet Ansanm”, the principle of working together to accomplish a common goal, is a program designed to create long and short term employment for the people of Haiti, a country with an unemployment rate estimated at around 60%. CHF International does this through community involvement in rehabilitation of infrastructure projects and through helping existing industries to increase their capacity, efficiency and reach new markets. After the disastrous tropical storm season of 2008, CHF is also partnering with the community in order to reduce the risks of flooding, destruction and loss of life caused by hurricanes and other adverse weather.

These programs, planned for a four year duration, total $104 million in funding from USAID, and have been in process since 2006. A significant aspect of the programs includes our work with the private sector in Haiti, an essential aspect of developing long term sustainable employment.